In other Monster Beverage news, insider Emélie Tirre sold 40,729 shares in a deal on Friday, May 13th. The shares were sold at an average price of $88.06 for a total of $3,586,595.74. Following the transaction, the insider now directly owns 19,526 shares of the company, worth approximately $1,719,459.56. The sale was disclosed in a filing with the Securities and Exchange Commission, which can be accessed at this link. 10.40% of the shares are currently held by company insiders. 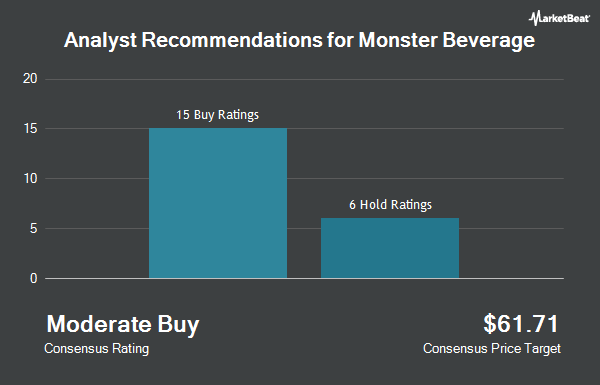 Scroll to Top
We use cookies to ensure that we give you the best experience on our website. If you continue to use this site we will assume that you are happy with it.OkPrivacy policy