Pizza, along with pasta, is an international icon of Italian cuisine with its own unique history. While it’s more or less impossible to pinpoint the real inventor of pizza, pizza lovers around the world may have pondered its origins while enjoying a wood-fired margherita fresh out of the oven. With a little research, you can learn more about the history of this beloved dish.

It seems that a kind of “schiacciata” was prepared between the 1500s and 1600s in the Kingdom of Naples, which today bears the name Mastunicola pizza. This germinal pizza was topped with pork fat, sheep’s cheese and basil and was indistinguishable from the pizza we know today. There was also white bait in addition to the ancient seasonings, but there was no trace of tomatoes until the mid-1700s. .

It was only around the mid-1800s, this pizza became very similar to what we know today: blank canvas for painting with a wide variety of ingredients. The addition of new ingredients took pizza to a new level: from the food of the poor, it became a dish for the rich. For a while, however, pizza remained a recipe restricted to the Kingdom of Naples. It was only after World War II, thanks to migration, that pizza was first known in northern Italy and then abroad. 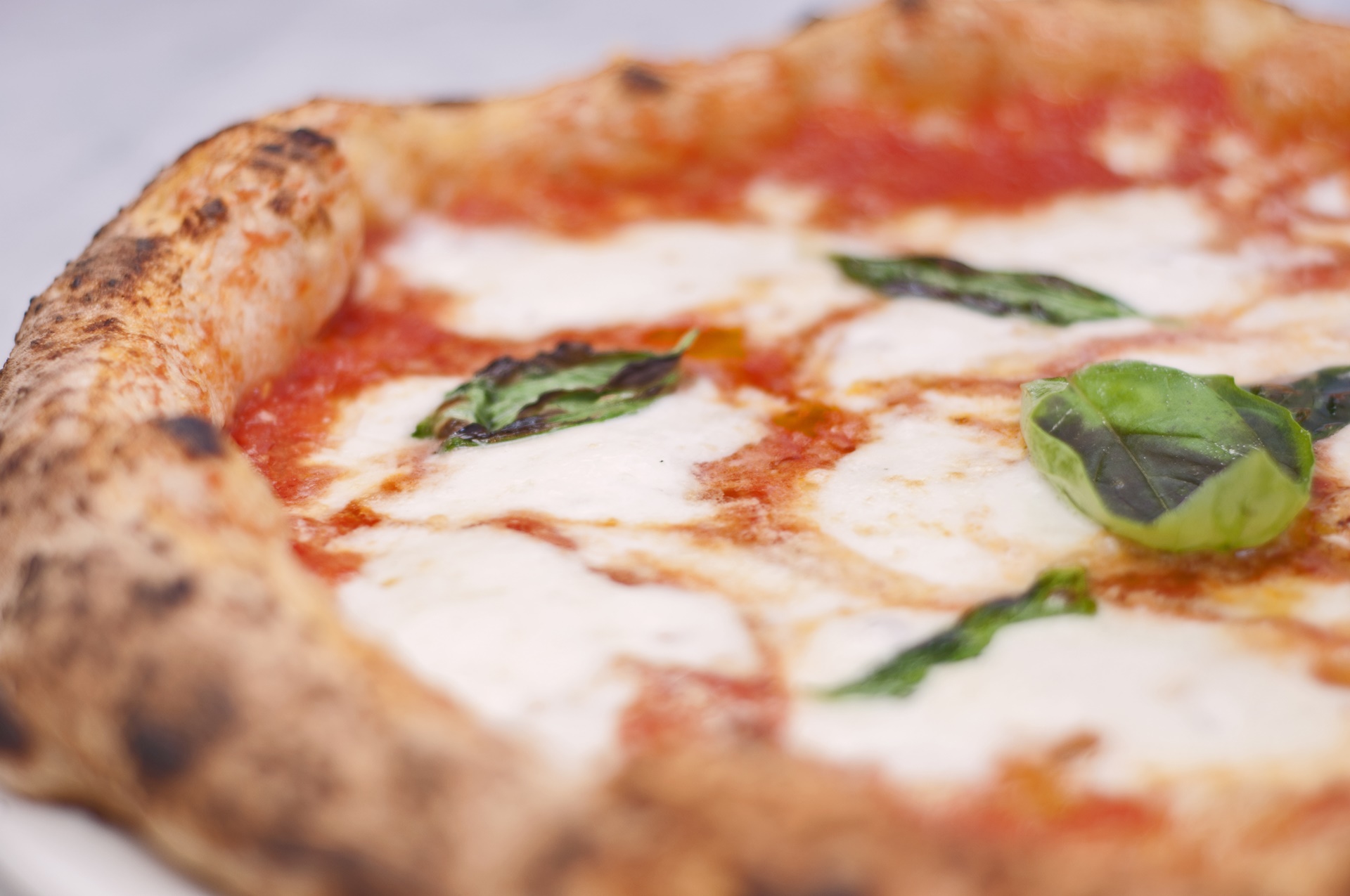 It may be true that it is impossible to know the name of the person who invented pizza, but there is the name of the creator of Margherita pizza: Raffaele Esposito. The owner of the famous pizzeria in Naples Esposito dedicated this pizza Queen Margaret of Savoy in 1889. The goal was to depict the Italian flag on a plate, so mozzarella, basil and tomato were the ingredients that topped one of the most famous pizzas in the world. Thus, the legend of the Margherita pizza is authentic, a moment in history that really happened, and for that we should always be grateful to the two main characters. 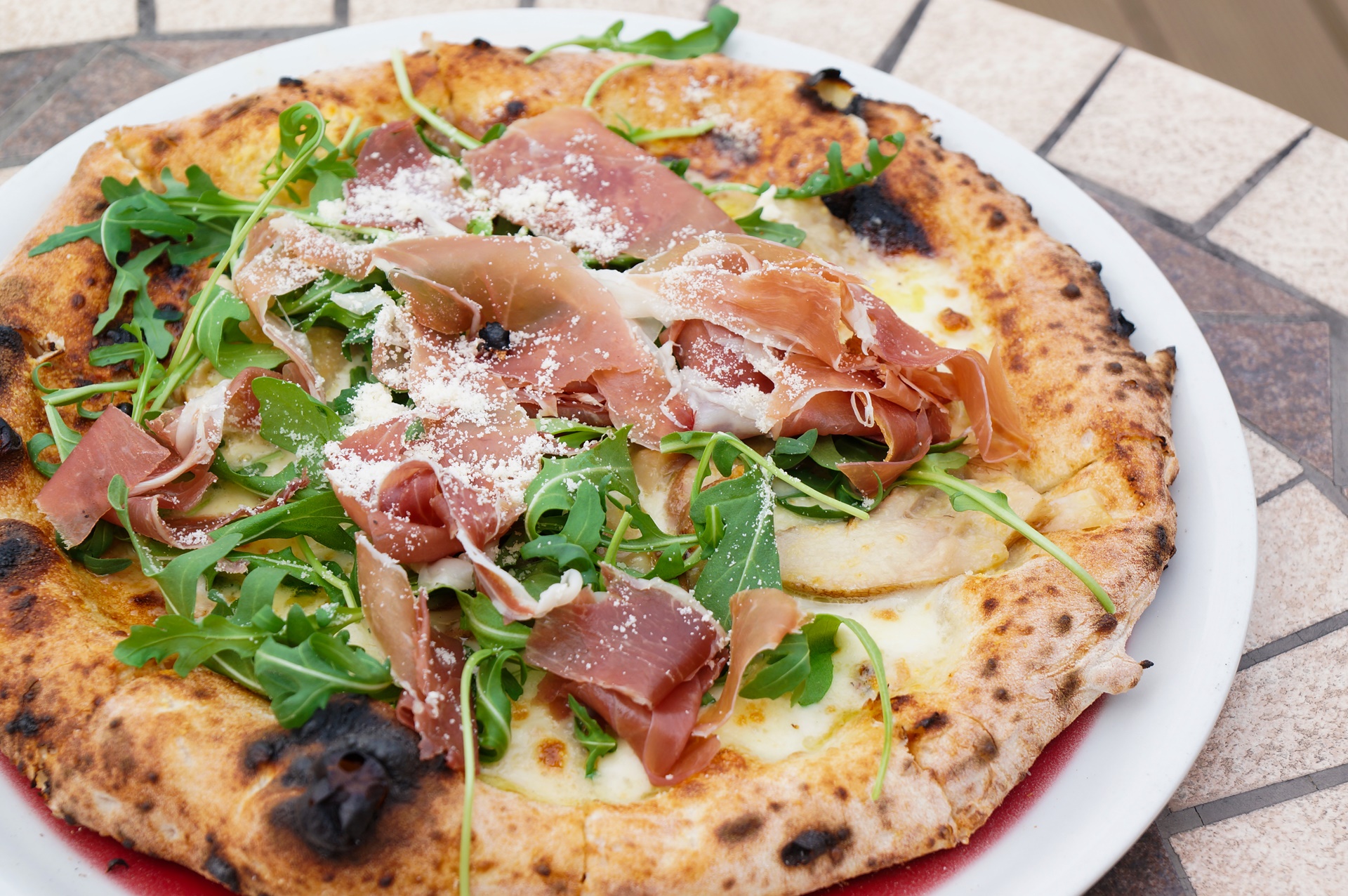 Today pizza is widespread all over the globe. Various versions are prepared with the most varied (and often strange) doughs and toppings. However, the Neapolitan pizza remains a symbol of the city, which also attracts a significant number of tourists from all over the world to try its special version. Long-sourdough Neapolitan pizza with the famous high crust is soft and fluffy, thin and rich in toppings that usually include tomato and cheese. Some say that “water” is one of the secrets to the perfect Neapolitan pizza; others say the climate, but certainly time, experience, and quality ingredients make all the difference.

What is the origin of the word “pizza”?

The origin of the word “pizza” is as unknown as the origin of the pizza itself. It is believed that it may come from the word “pinsa”, an ancient Neapolitan term derived from the verb “pinsere”, which means to crush. It can also come from the term “lavash”, which in Greek reminds us of the verb “bake”. Another version, the most accepted but unconfirmed, determines that the word “pizza” comes from the Germanic term “bizo” or “pizzo”, meaning bite, in relation to the English words “bite” and “bite”.

Learn how to make pizza at home.